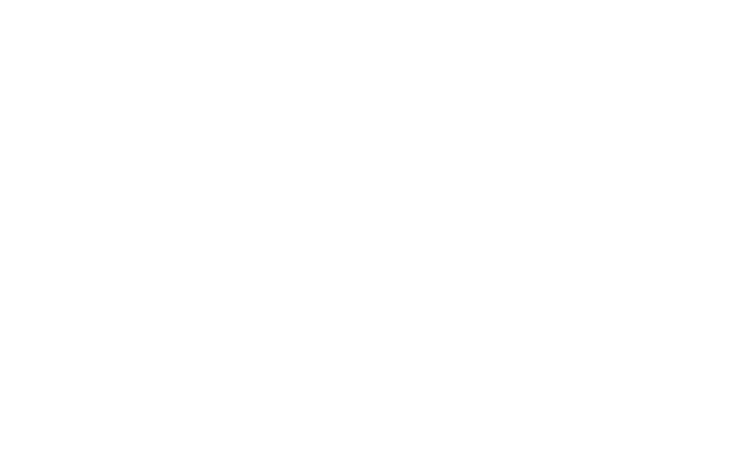 Rising Voices is an initiative presented in collaboration with Indeed that aims to discover, invest in and share stories created by Black, Indigenous, and People of Color (BIPOC) filmmakers & storytellers around the meaning of work and the idea that jobs have the power to change us all.
‍
Our advisory team will identify 10 filmmakers who will be selected to participate in Rising Voices. A $100,000 production budget will be allocated to produce their stories, and each filmmaker will have access to mentorship and support from the advisory panel through members from Hillman Grad and Ventureland. The films will be produced by Hillman Grad in partnership with 271 Films. An additional COVID-19 safety fund will also be made available to the filmmakers.
‍
Following the conclusion of the program, one filmmaker will be offered a filmmaker-in-residency position at Indeed to continue producing content with the brand. Films will be promoted in premium broadcast media and debuted at a high-profile event.

Rising Voices is subject to the following requirements:

INDEED RESERVES THE RIGHT TO CHOOSE NO CANDIDATE FOR INCLUSION IN THE PROGRAM, IF IN THE OPINION OF INDEED, NO ENTRY IS OF SUFFICIENT MERIT.

Indeed is the #1 job site in the world1 with over 250 million unique visitors every month. Indeed strives to put job seekers first, giving them free access to search for jobs, post resumes, and research companies. Every day, we connect millions of people to new opportunities.

What is Indeed’s Mission?

At Indeed, we help people get jobs. We have more than 10,000 global employees passionately pursuing this purpose and improving the recruitment journey through real stories and data. We foster a collaborative workplace that strives to create the best experience for job seekers.

Why is Indeed doing this?

Diversity and Inclusion is a core value at Indeed. We want to practice this value in all areas of our business, including the development of new creative for our brand marketing.

What are the submission requirements?

All applicants must submit a complete application, including two (2) short answer questions, a resume, a biography, up to three (3) past work samples, and an original script (10-page maximum).

What are the age requirements?

Applicants must be at least 18 years of age and not a minor in the state or country of your residence at time of submission.

Applicants must be a legal resident of the fifty (50) United States or District of Columbia and at least eighteen (18) years old and the age of majority in Applicant’s jurisdiction, to participate in Rising Voices.

Does the script have to be about a specific topic?

Applicants can submit a script on any topic. Scripts must not exceed 10 pages, excluding the title page.

Will I retain the rights to my IP?

Applicants will retain all rights and title to the Material submitted in their applications. Applicants are not transferring rights of their work to Hillman Grad by virtue of applying for, or participating in, the program.

When do applications close?

Applications must be submitted by 11:59 p.m. EST on March 2nd for consideration.

When will I be notified about the status of my application?

Applicants will be notified via email by mid-March regarding the status of their application.

How many filmmakers will be selected to participate in Rising Voices?

Ten (10) filmmakers will be selected to participate in the Rising Voices program. $100k production budget will be allocated to produce their stories, and each filmmaker will have access to mentorship and support from our partners. A COVID safety fund will be available to the filmmakers.

When does Rising Voices begin?

How many filmmakers will be selected as a filmmaker-in-residence at Indeed?

Up to three (3) filmmakers from will be offered a filmmaker-in-residency position at Indeed following the conclusion of the program. Films will be promoted in premium broadcast media and debuted at a high-profile event.

Thank you for your interest in the Rising Voices. Applications are currently closed.

Thank you for your interest in Rising Voices program. Applications are currently closed. 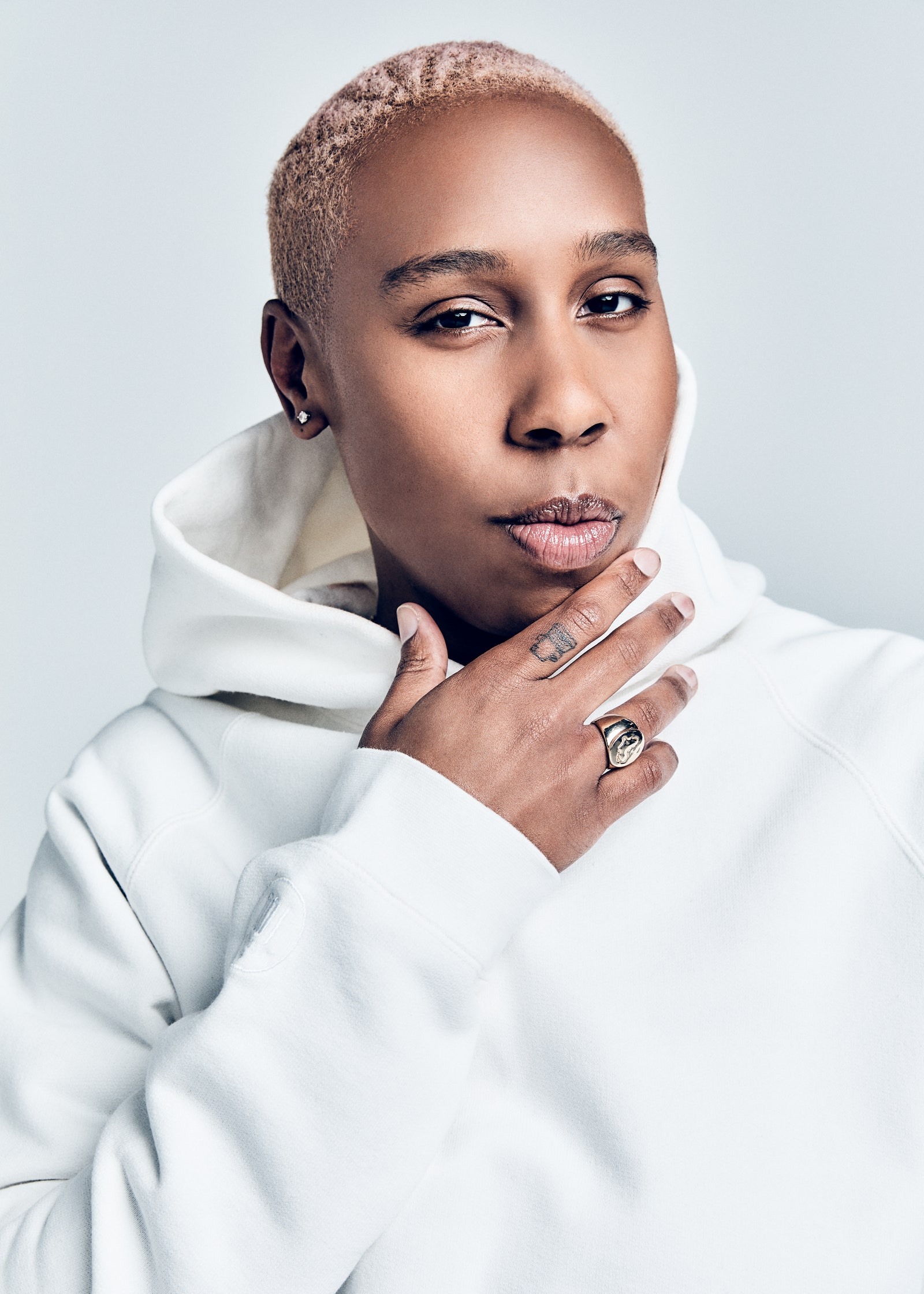 Emmy Award-winning writer, creator and actor, Lena Waithe, has established herself as talent to be reckoned with, who only continues to grow her body of work with diversity and charisma. Waithe and her production company, Hillman Grad Productions, have become champions of spotlighting unrepresented voices, and in a short time, they have produced groundbreaking pieces of art such as the critically acclaimed debut film from Radha Blank, THE FORTY YEAR OLD VERSION, which has earned Blank the “Directing Award” at Sundance, “Best First Film” at NYFCC Awards, “Directors to Watch” at PSIFF, “Next Generation Award,” at LAFCA Awards and “Best Screenplay” at the Gotham Awards. Waithe and Hillman Grad Productions have also produced: the landmark semi-autobiographical BET series, TWENTIES, which featured the first masculine presenting Queer woman of color in a lead role; Waithe’s feature film screenwriting debut for Universal, QUEEN & SLIM, starring Daniel Kaluuya and Jodie Turner-Smith and directed by Melina Matsoukas; BET’s television revival of the classic film, BOOMERANG; the short-form sneakerhead culture docuseries, YOU AIN’T GOT THESE; and the award-winning Showtime series, THE CHI. For her success and massive efforts to elevate marginalized POC and LGBTQIA storytellers, Waithe was presented with Variety’s 2020 “Creative Impact in Producing Award” and The Hollywood Reporter’s 2020 “TV Producer of the Year,” making her the youngest to receive the honor. Waithe previously made history for being the first Black woman to win an Emmy in the category of “Outstanding Writing for a Comedy Series” on behalf of her episode “Thanksgiving,” which was inspired by her own powerful story of coming out to her mother. Upcoming projects for Waithe include: Amazon’s highly anticipated horror anthology series, THEM; a Sammy Davis Jr. biopic for MGM based on the 1996 biography “Sammy Davis Jr.: My Father,” the directorial debut of A.V Rockwell, A THOUSAND AND ONE; an original Amazon series based on Obehi Janice’s play FUFU & OREOS; Universal’s upcoming drama, TALENT SHOW; and the launch of The Hillman Grad Mentorship Lab, which provides opportunities for aspiring creatives to connect, grow, and accelerate their careers in television and film. On the acting side, Waithe was most recently seen in HBO’s award-winning series, WESTWORLD, the Sundance favorite and Hulu horror satire, BAD HAIR and heard in Netflix’s beloved animated series, BIG MOUTH. 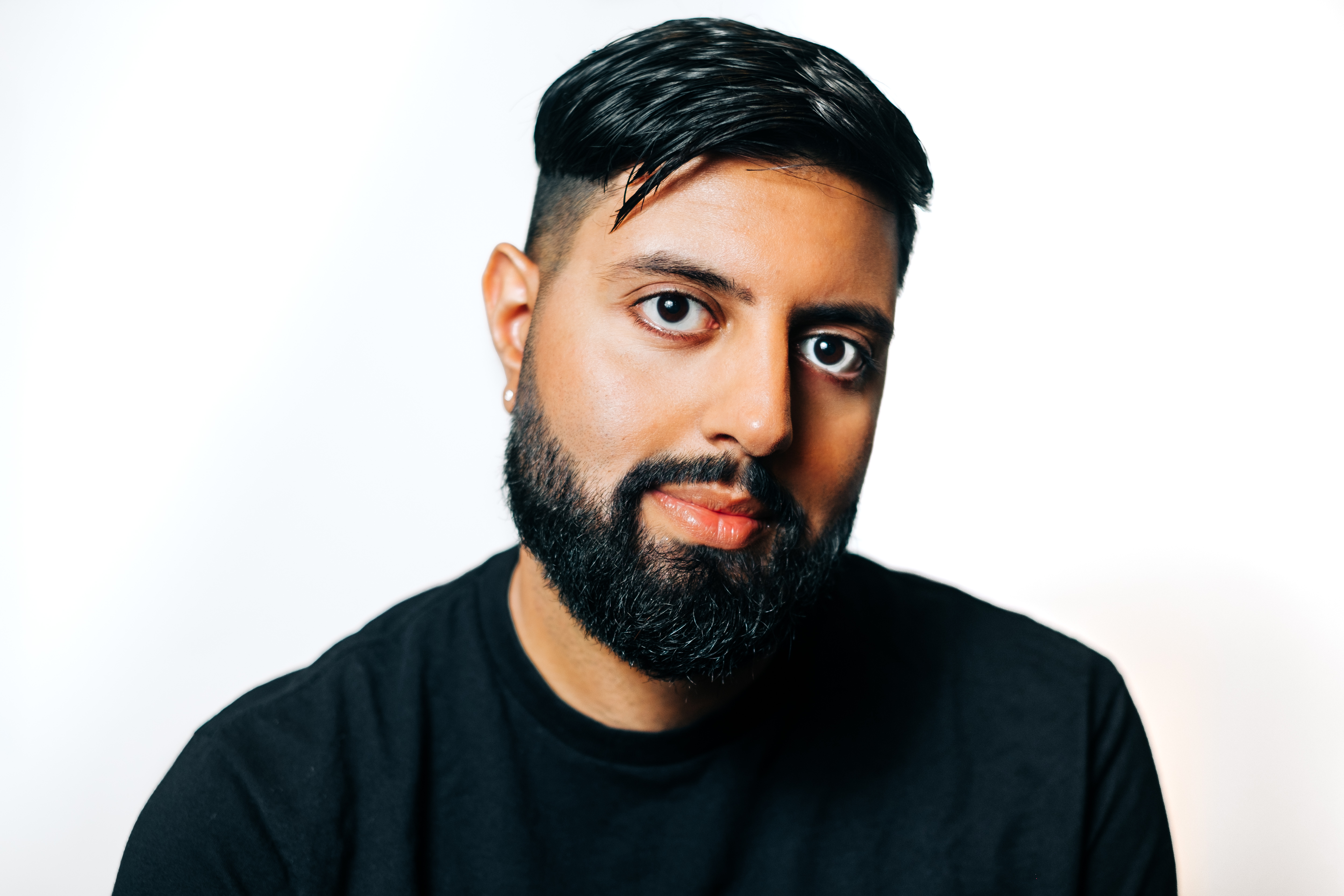 Born in London, raised in upstate New York and Portland, Oregon, Rishi Rajani  discovered his love of producing while attending NYU. He went on to work for 20th  Century FOX, UTA, Paradigm, and Studio 8 where he rose through the ranks to become  a development executive working in both film and television. Rishi joined Hillman Grad Productions in June 2018 and currently serves as President of Film and Television. Since then he has been an executive producer on the shows  BOOMERANG and TWENTIES, and continues to manage Hillman Grad’s ever-growing slate of films, tv  shows, commercials, and music videos. As a passionate advocate for diversity in  storytelling, he could not be more excited to be working for a company that continues to  provide opportunities, break down barriers, and push the culture forward. 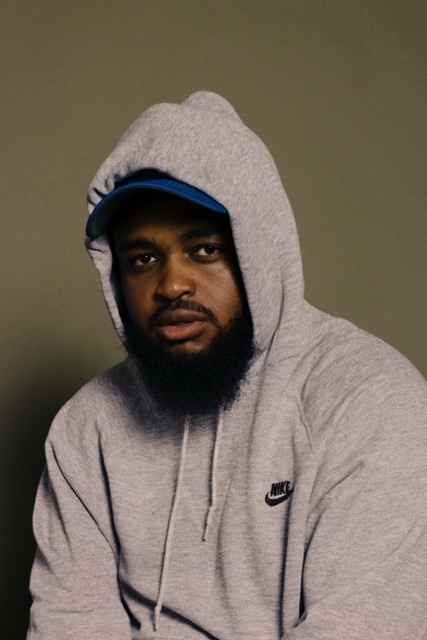 Raised in South Central, Calmatic is a self-taught filmmaker and director who strives to humanize others’ unique experiences and stretch the limits of his viewers’ reality while highlighting the beauty in the mundane. His creative curiosity has allowed him to solidify a place for himself in a constantly evolving industry. The Los Angeles native has successfully transitioned to directing commercials for global brands including Apple, , Facebook, Target, Sprite, and TurboTax, which premiered during Super Bowl LIV. Calmatic also earned the prestigious honor of being named Ad Age’s “Director Of The Year” in 2020. Over the summer, he directed Pharrell Williams’ and Jay-Z’s music video for the track “Entrepreneur” and Michelob Ultra’s spot “All-Star Cast,” which aired during the 2021 Super Bowl LV. 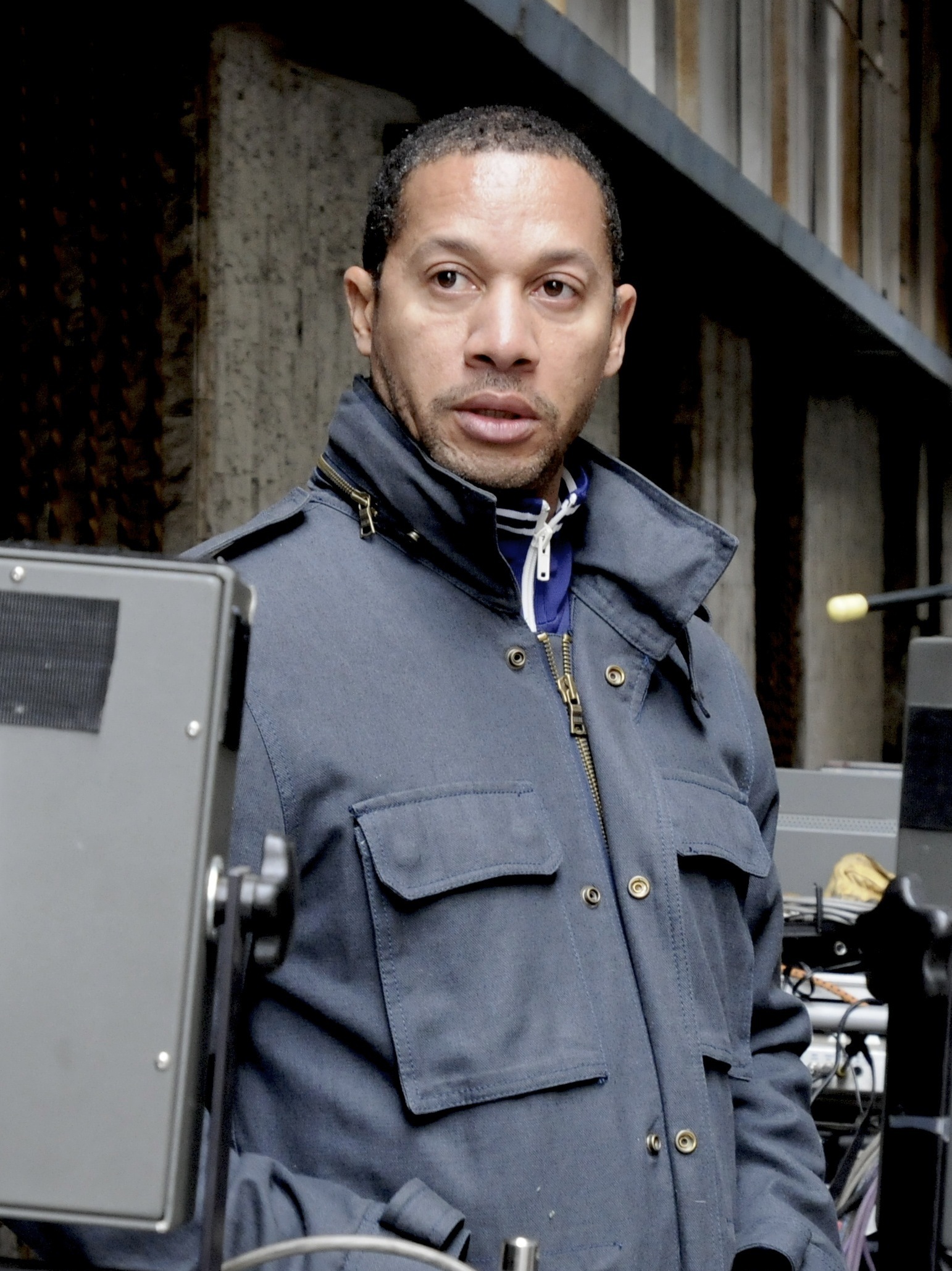 Director and Co-Founder of PRETTYBIRD

Paul Hunter is a world-renowned director with a passion for never-before-told, yet relatable, human stories. As one of the most prolific filmmakers working today in the industry, his extensive body of work and unique style transcends mediums and traverses all genres, reflecting his many interests. Hunter started his career in music videos and has directed some of the most iconic videos of all time, including The Notorious B.I.G.’s “Hypnotize” (MTV Best Rap Video), D’Angelo’s “How Does It Feel?” (MTV Best R&B Video), Christina Aguilera’s “Lady Marmalade” (Video of the Year), and he continues to collaborate with some of the biggest names in entertainment. Hunter exploded onto the advertising scene early on in his illustrious career with his classic Nike “Freestyle” spot, which earned him multiple awards including AICP, One Show, D&AD, as well as an Emmy nomination. From there, Hunter would go on to win two CLIOs in 2012 and 2014 for his work on campaigns for Logitech and Beats By Dre. In 2008, Hunter co-founded the creative studio PRETTYBIRD with executive producer Kerstin Emhoff, with a shared vision to connect the worlds of music and film with brands. Hunter currently has several film and TV projects in development. 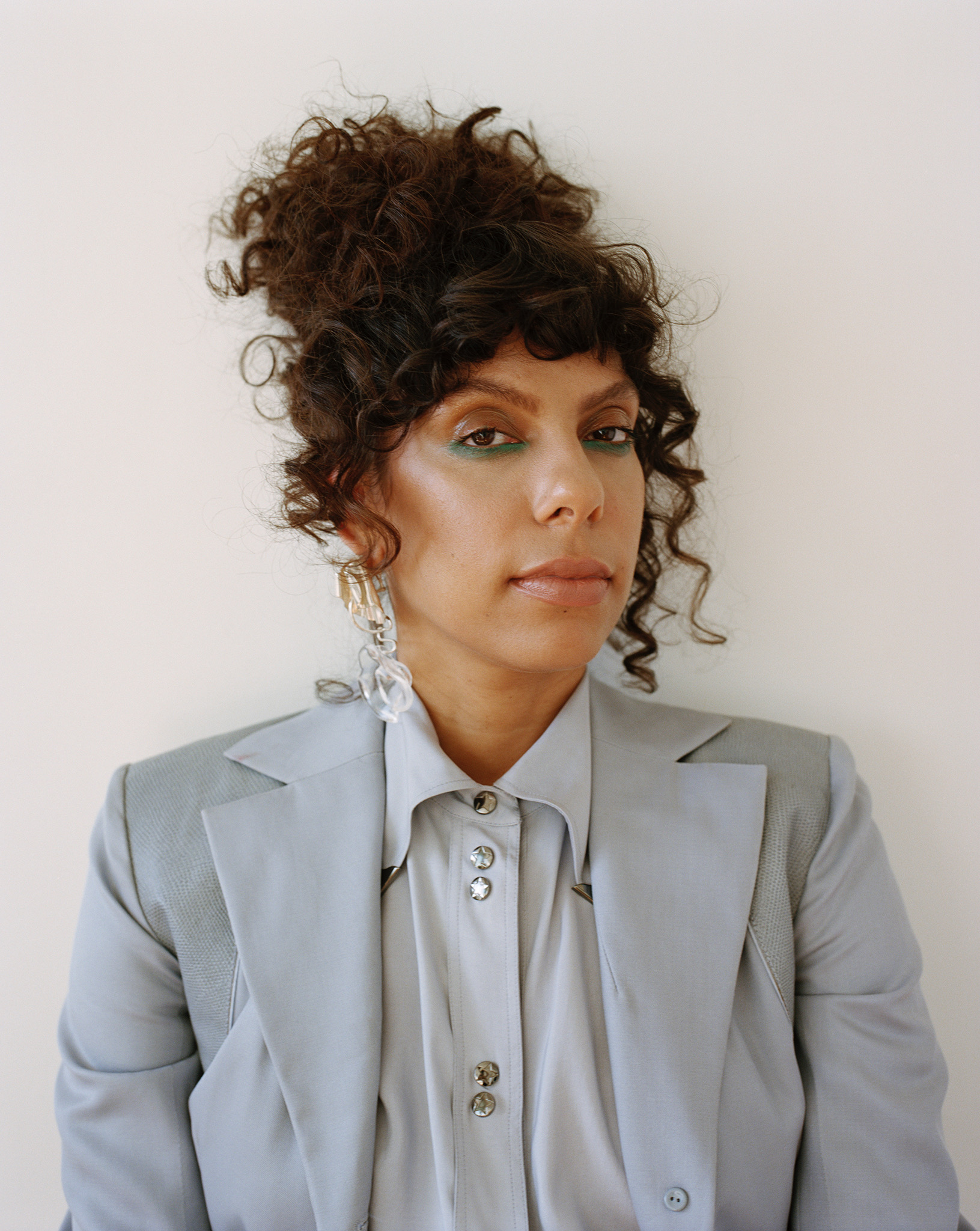 There is a long-established tradition of using visual mediums to confront brutal realities and unpack societal malaise. Rejecting standard formats for controversial content, Melina’s brand of provocation instead comes from a unique, inherently multicultural point of view that flips existing narratives to normalize the inclusion of women and people of color in spaces where they previously were not represented. A frequent creative collaborator with Beyoncé, Melina acted as the visual architect for her visual album “Lemonade,” where her work on the breakout hit “Formation” led to multiple awards, including the 2017 Grammy for Best Music Video. In addition, her recognizable visual watermark and innate understanding of diverse storytelling has landed her in the director’s chair for global campaigns of major brands such as Nike, Amazon, and Beats. Melina has continued to broaden her artistry into narrative storytelling, earning wide acclaim for her directing on HBO’s Insecure (for which she’s also the showrunner) and Netflix’s Master of None. Melina also released her critically acclaimed, debut feature film Queen & Slim in 2019. She is currently developing new film and television projects under a first look deal with FX. 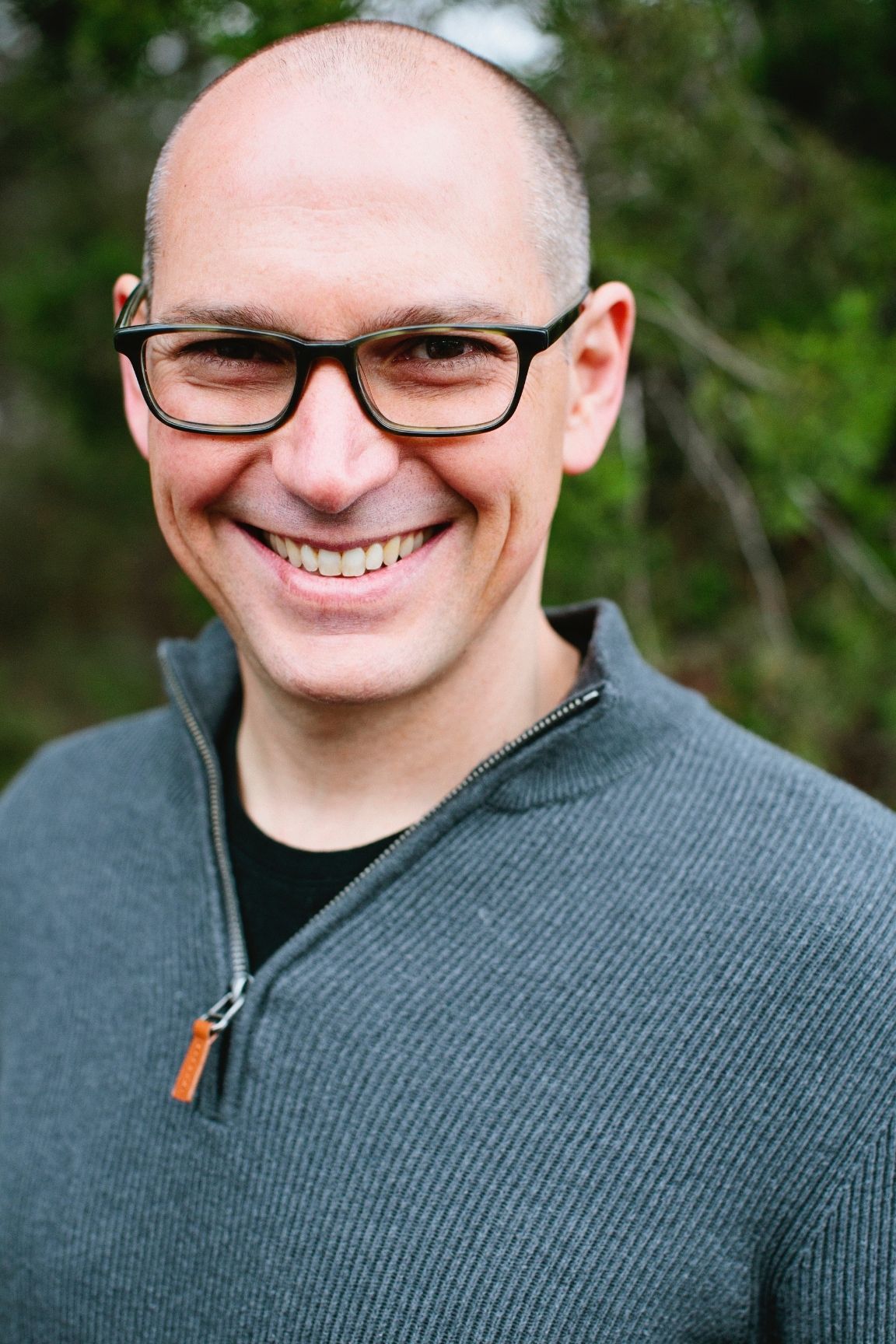 Chris Hyams is CEO of Indeed, leading the company’s mission to help people get jobs. He has worked in various tech companies in Austin, TX for 25 years. Chris joined Indeed in 2010 as VP of Product, responsible for technology strategy and innovation, and was appointed CEO in 2019. Before Indeed, Chris was Founder of B-Side Entertainment, a technology platform for the discovery and distribution of independent films. After 10 years of helping people get jobs with Indeed, Chris believes that talent is universal, but opportunity is not. He is committed to building technology to help level the playing field. 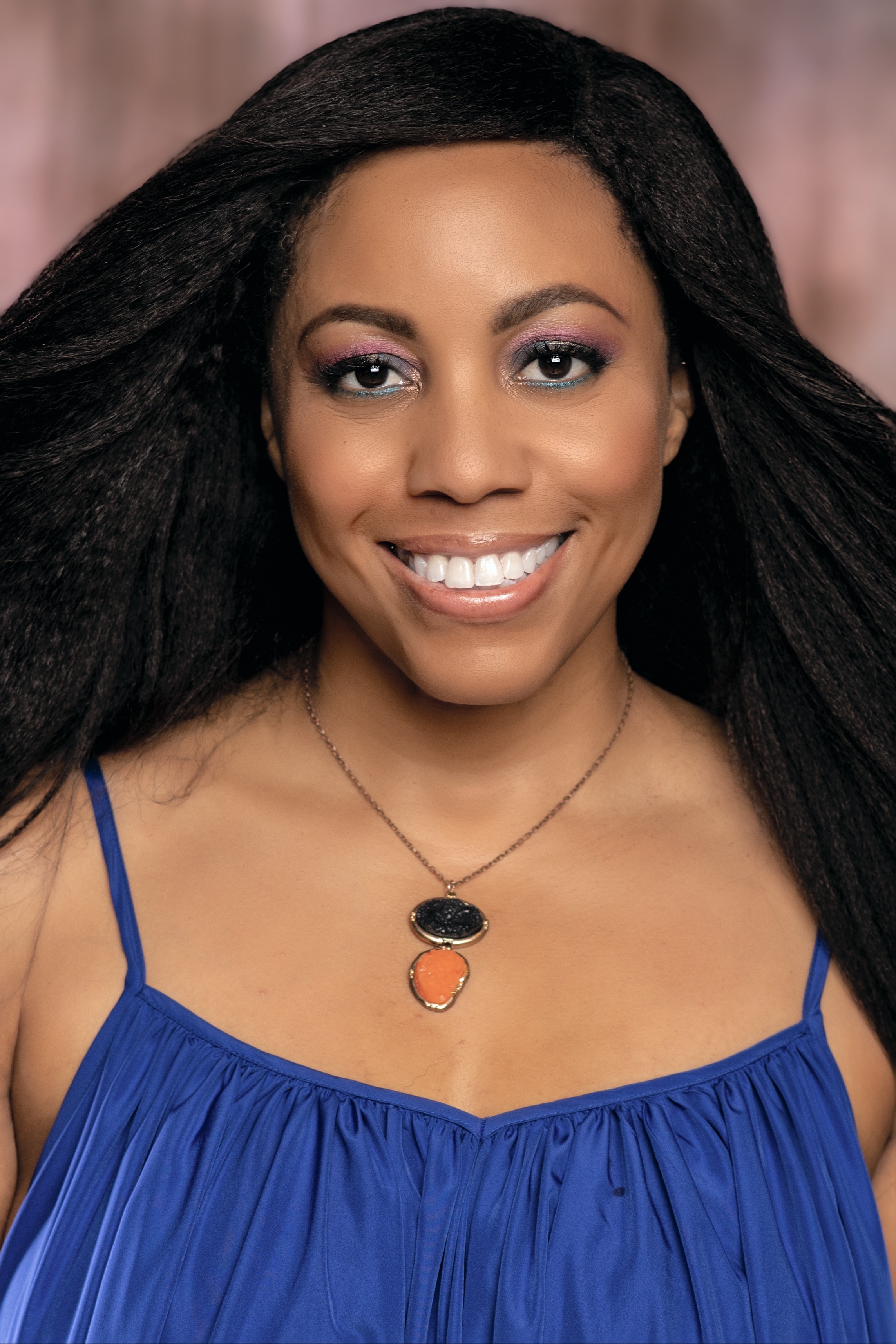 LaFawn Davis is Group Vice President of Environmental, Social & Governance at Indeed. She leads teams that focus on Diversity, Inclusion and Belonging, Product Inclusion and Accessibility, Social Impact, AI Ethics and Environmental Sustainability. Indeed’s long-term ESG commitments are to close the opportunity gap, use technology to break down bias and barriers, reduce and prevent algorithmic bias and conserve the environment. LaFawn has spent more than 15 years serving in leadership roles at innovative global technology companies like Google, Yahoo, PayPal and Twilio. Leveraging this experience, she brings deep expertise for transforming companies through driving results, creating a culture of psychological safety and belonging, and building high-performing teams to her role at Indeed. She was most recently named one of Fast Company’s Queer 50, a ranking of the most influential and innovative queer women and nonbinary people transforming the world of business, tech, and beyond.