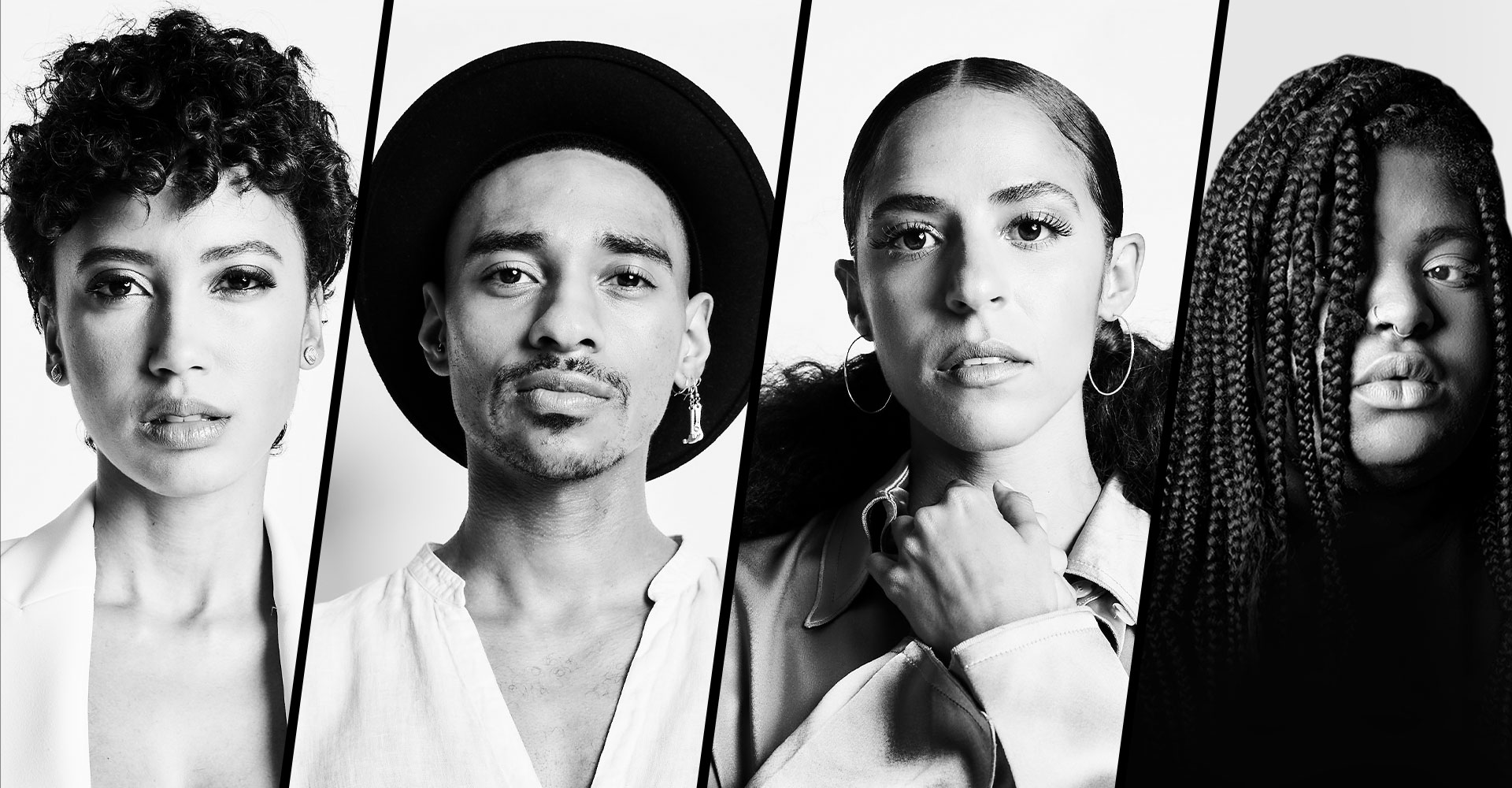 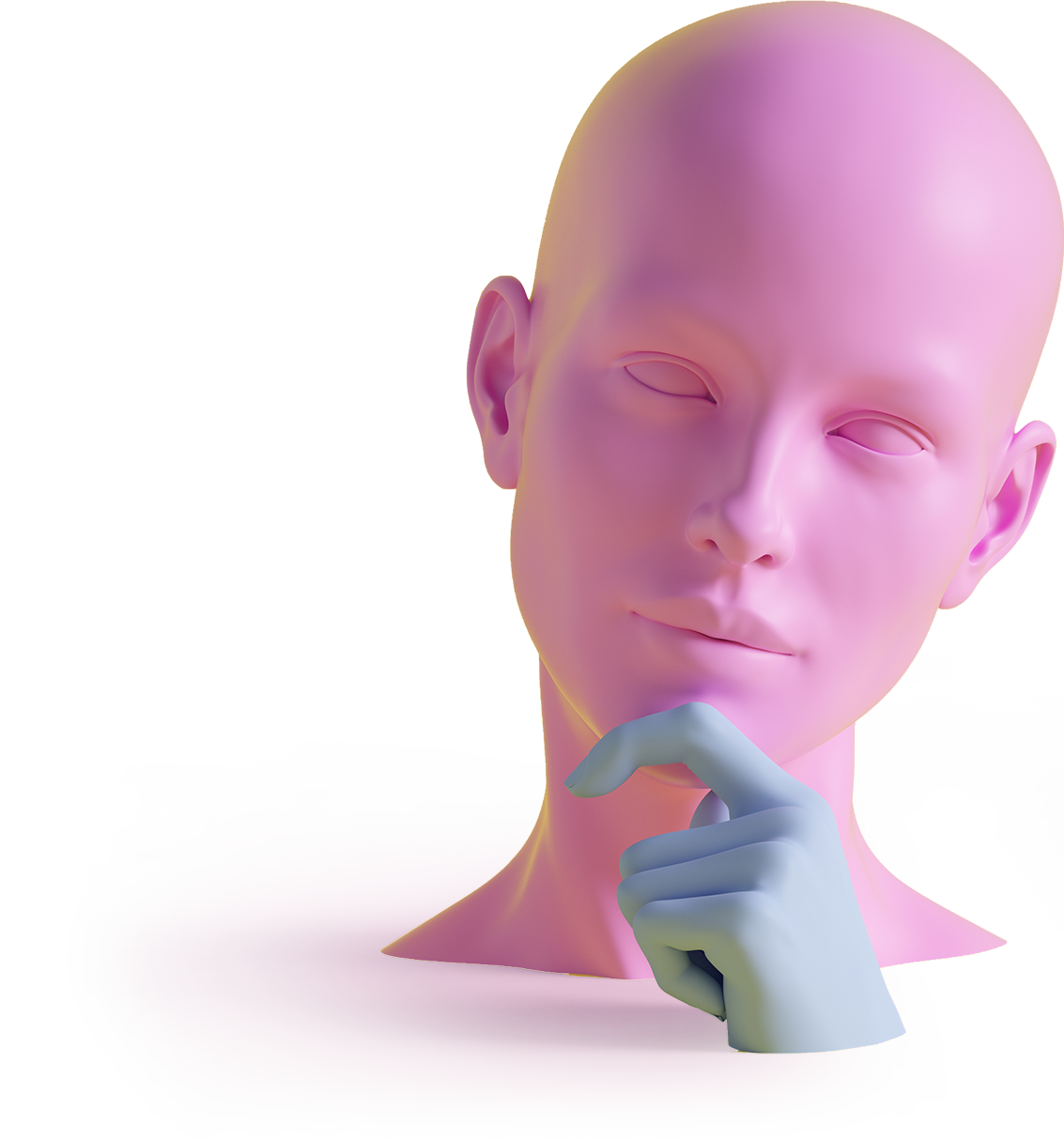 ARTISTS YOU SHOULD KNOW 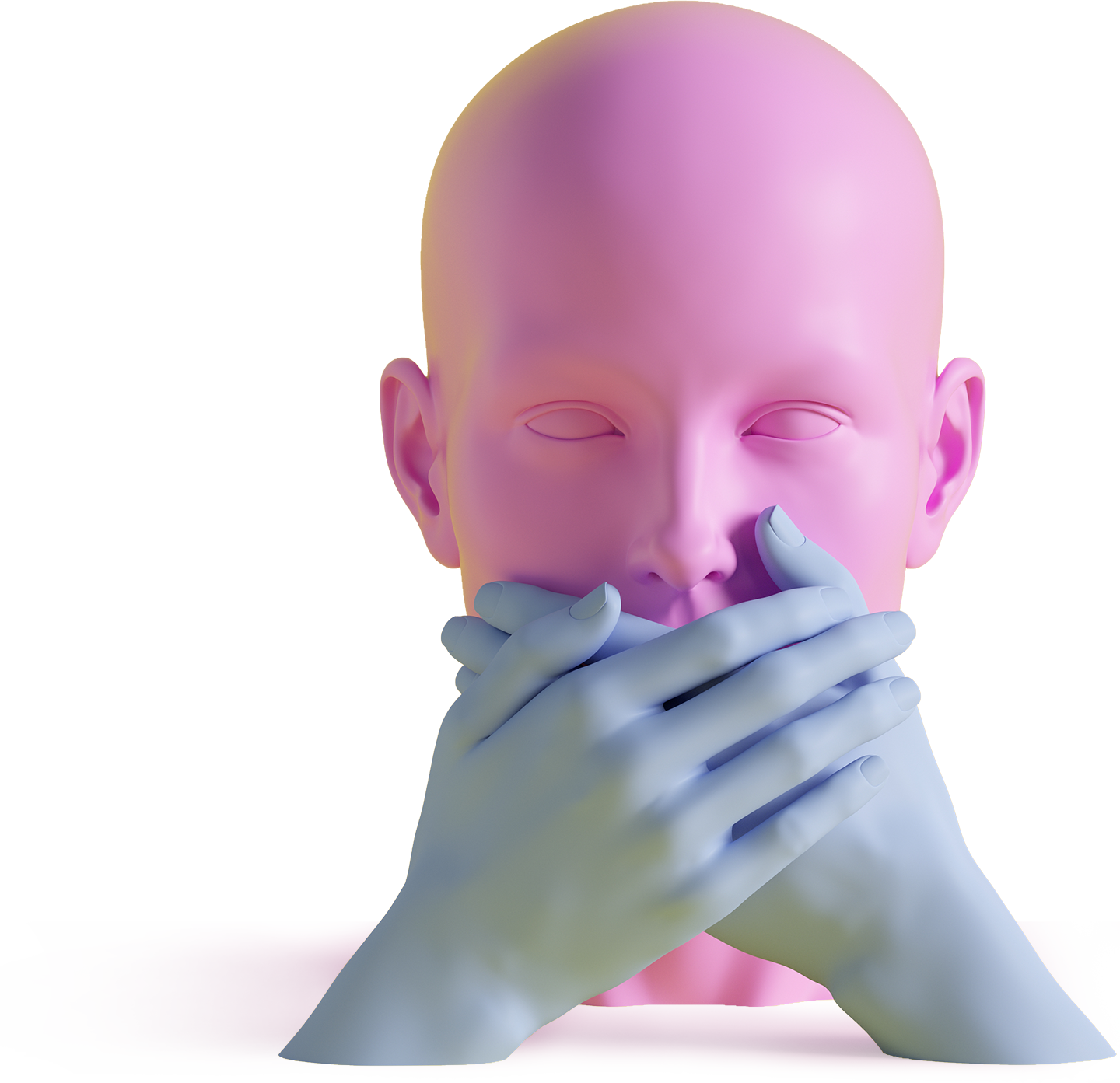 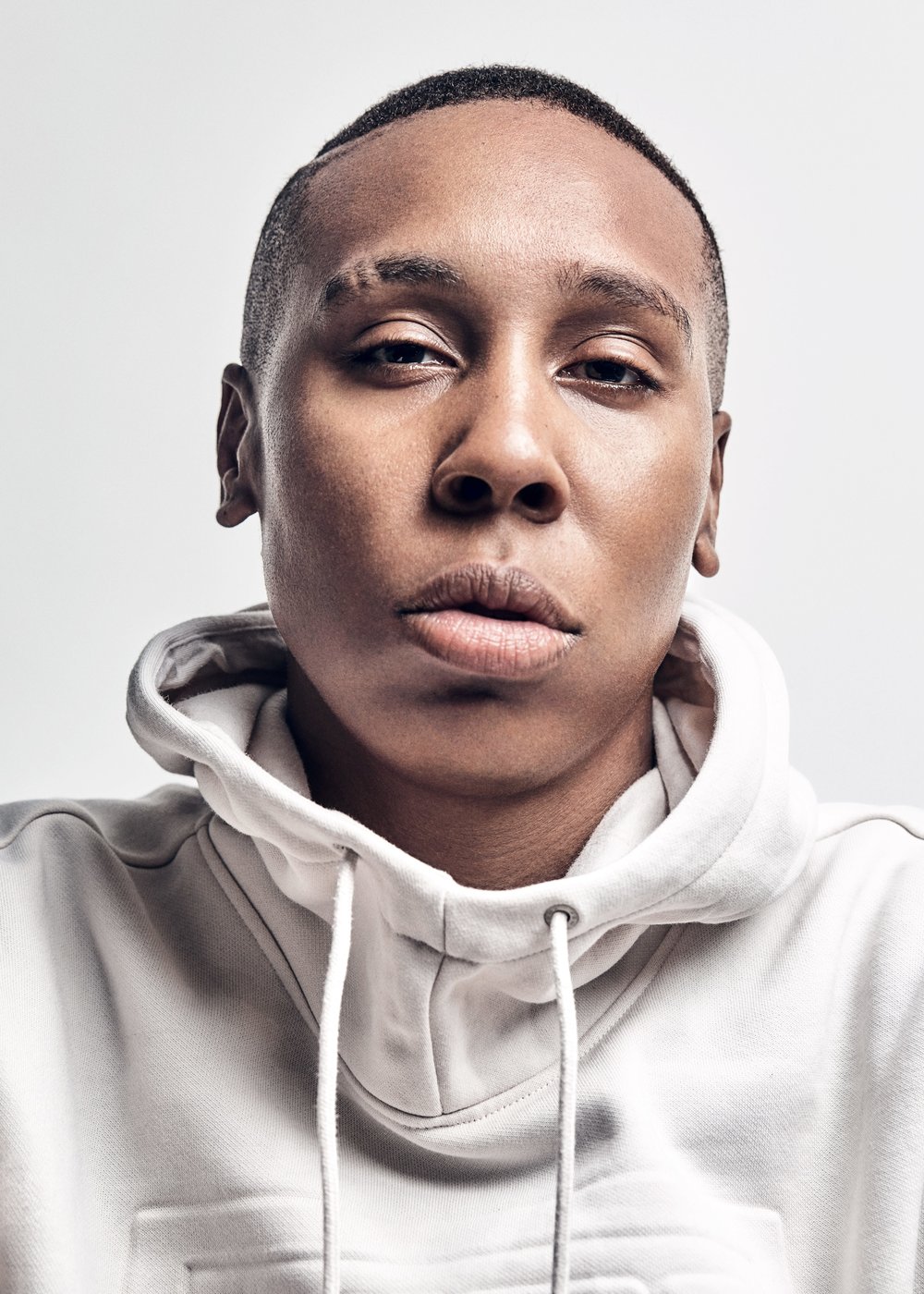 ARTISTS YOU SHOULD KNOW

Hand-picked by Lena Waithe herself, these talented artists should be the latest addition to your playlists. Lena Waithe's "Artists You Should Know" pairs four incredibly talented musicians with four up-and-coming directors to create powerful music videos. You can watch their videos below and hear some of the stories behind them. 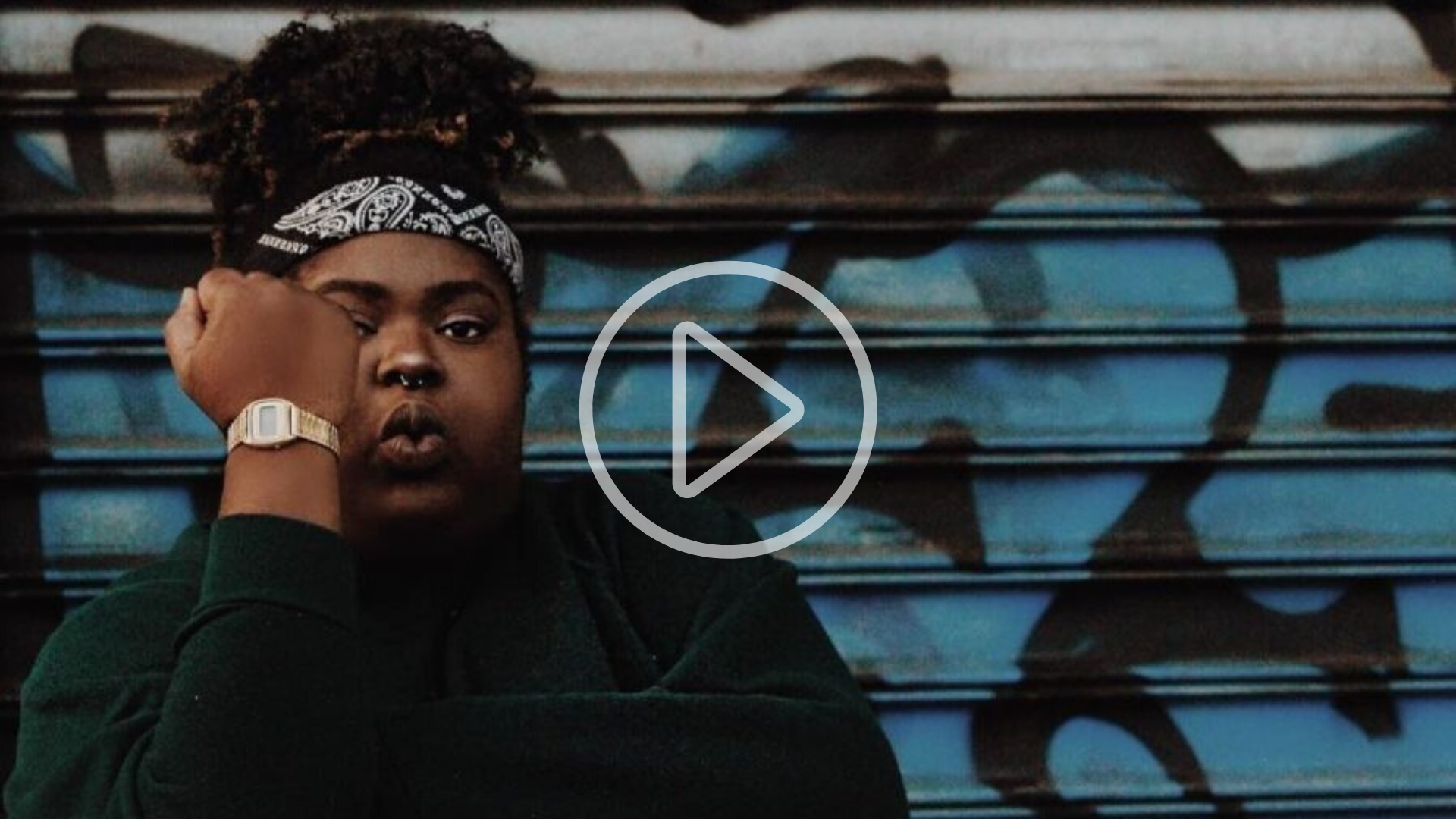 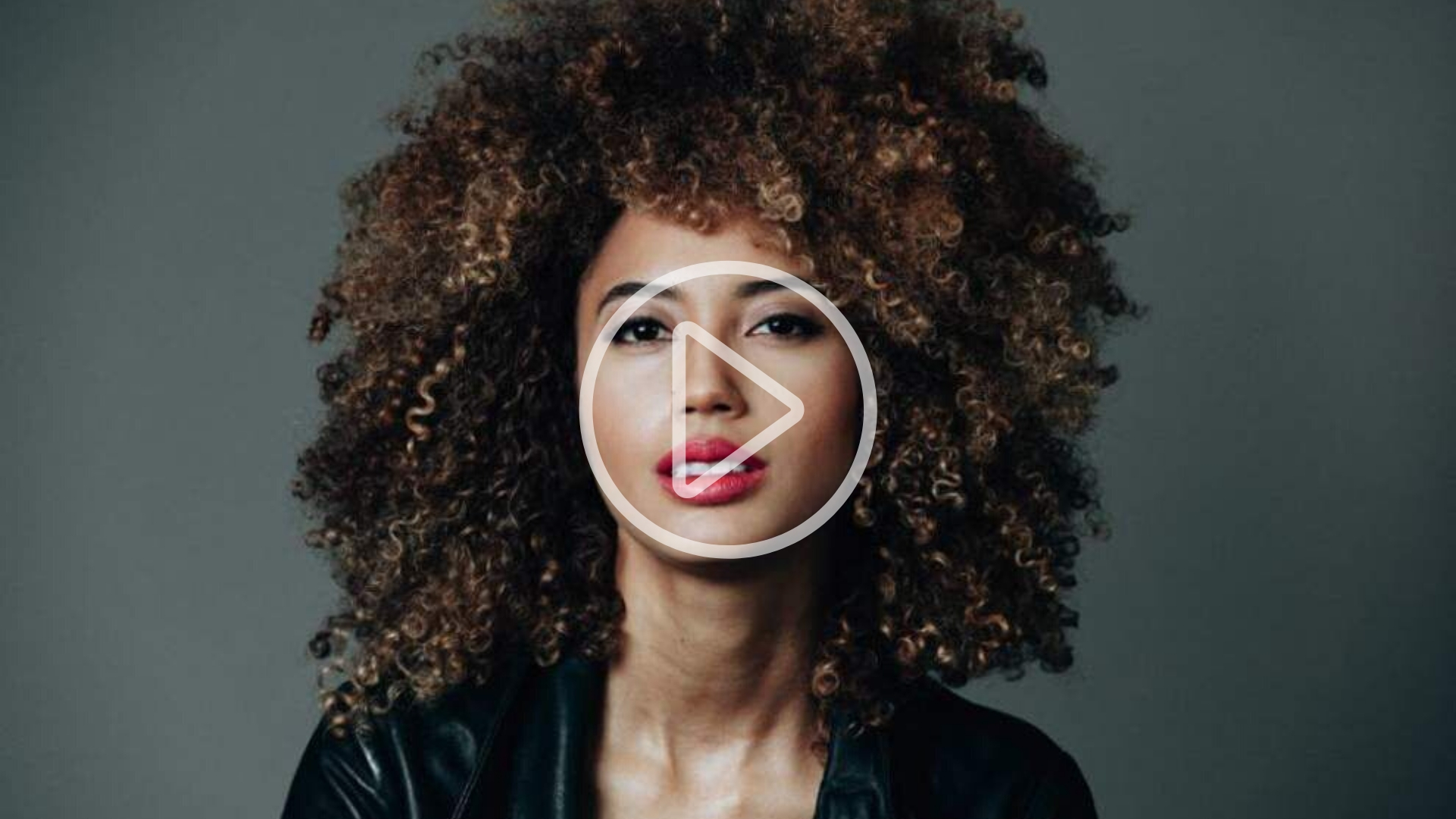 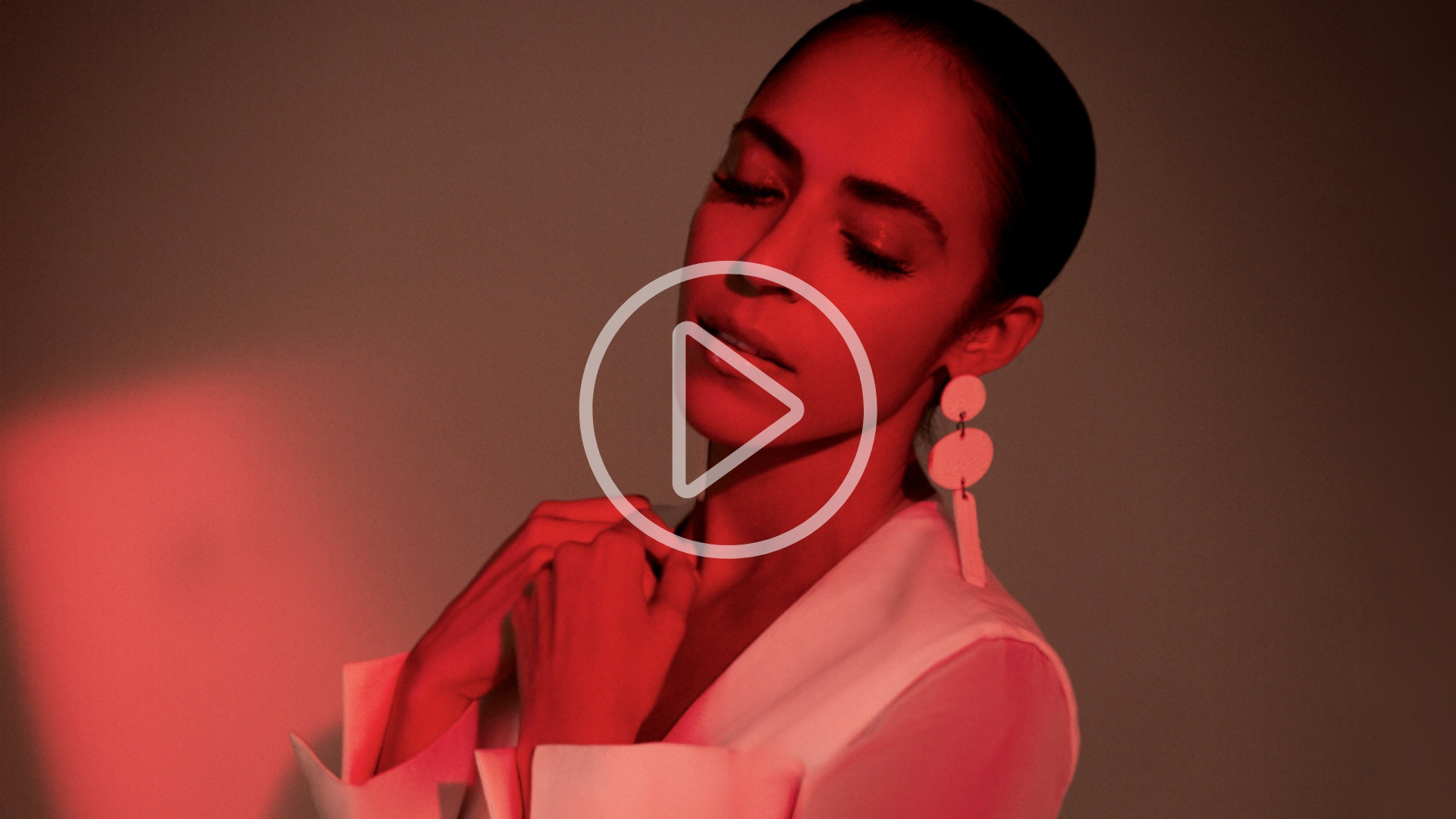 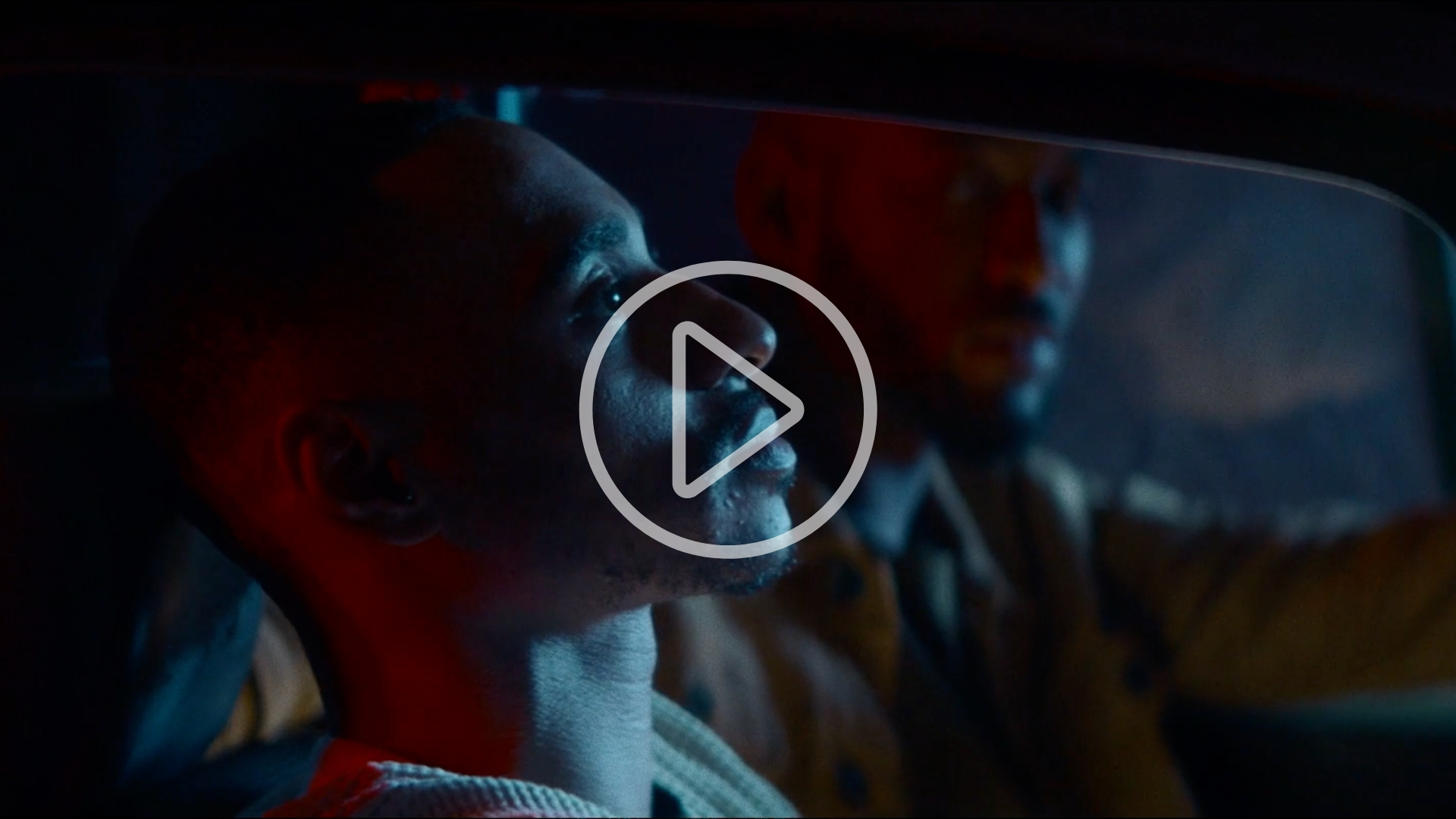 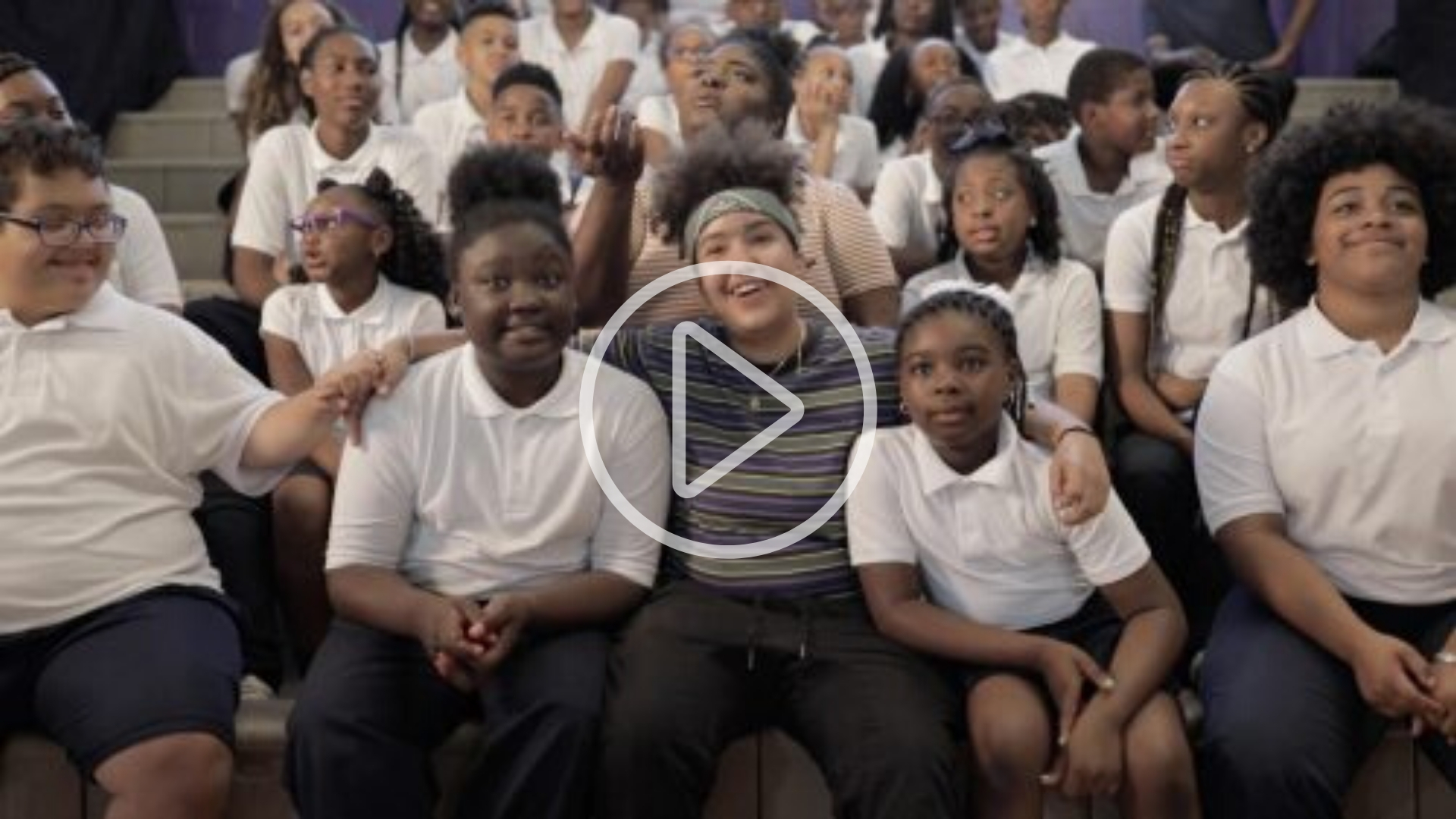 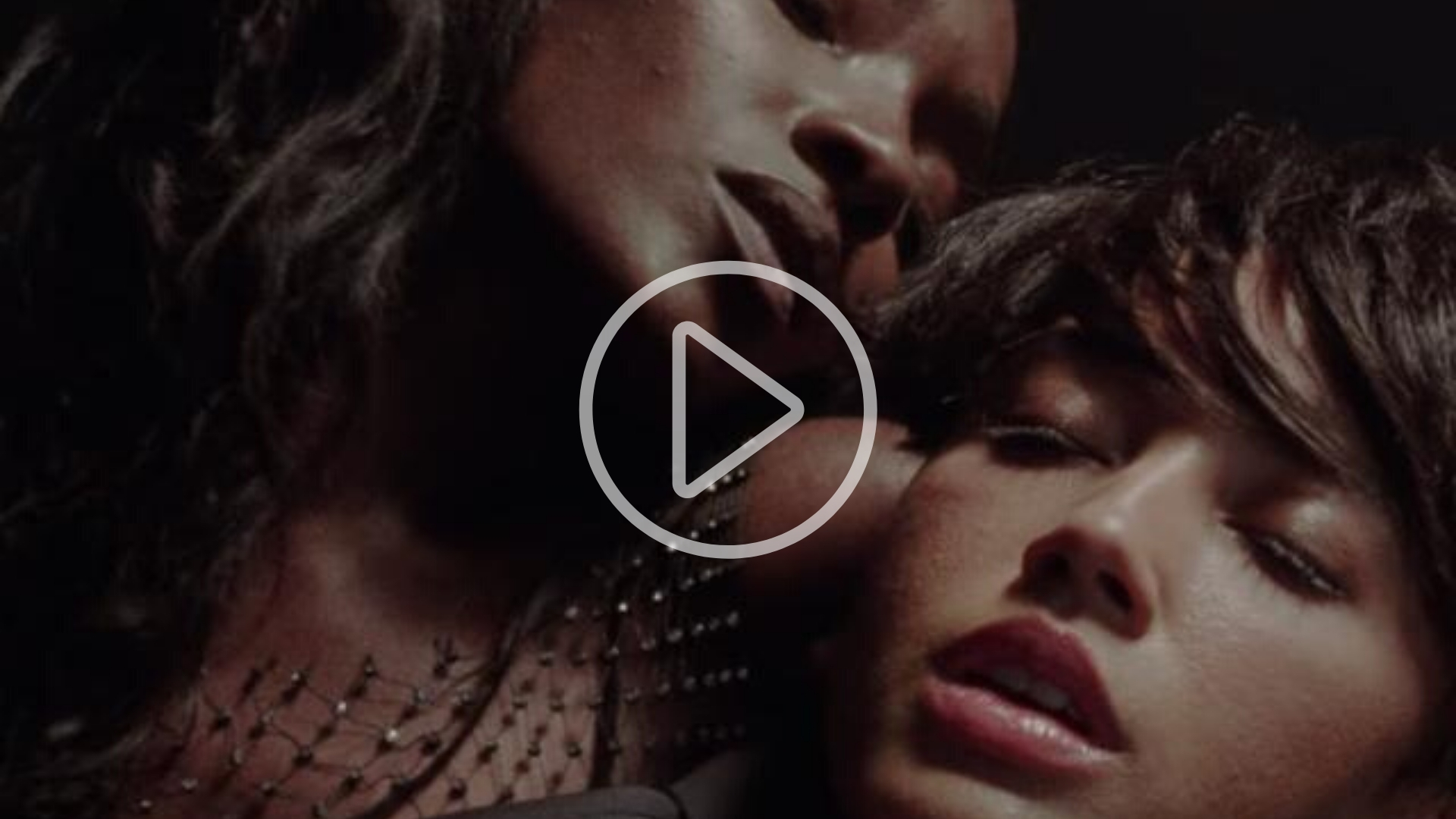 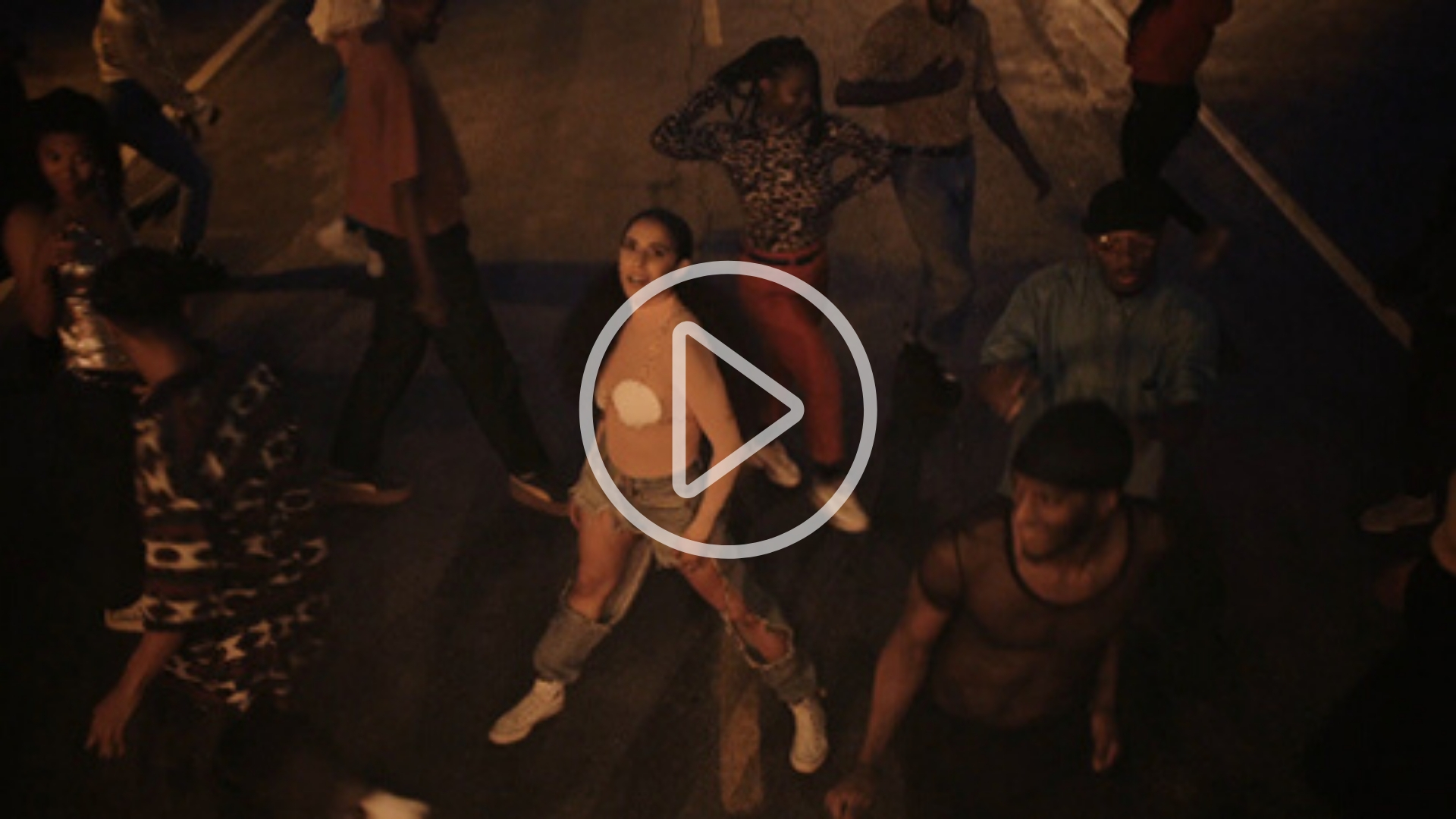 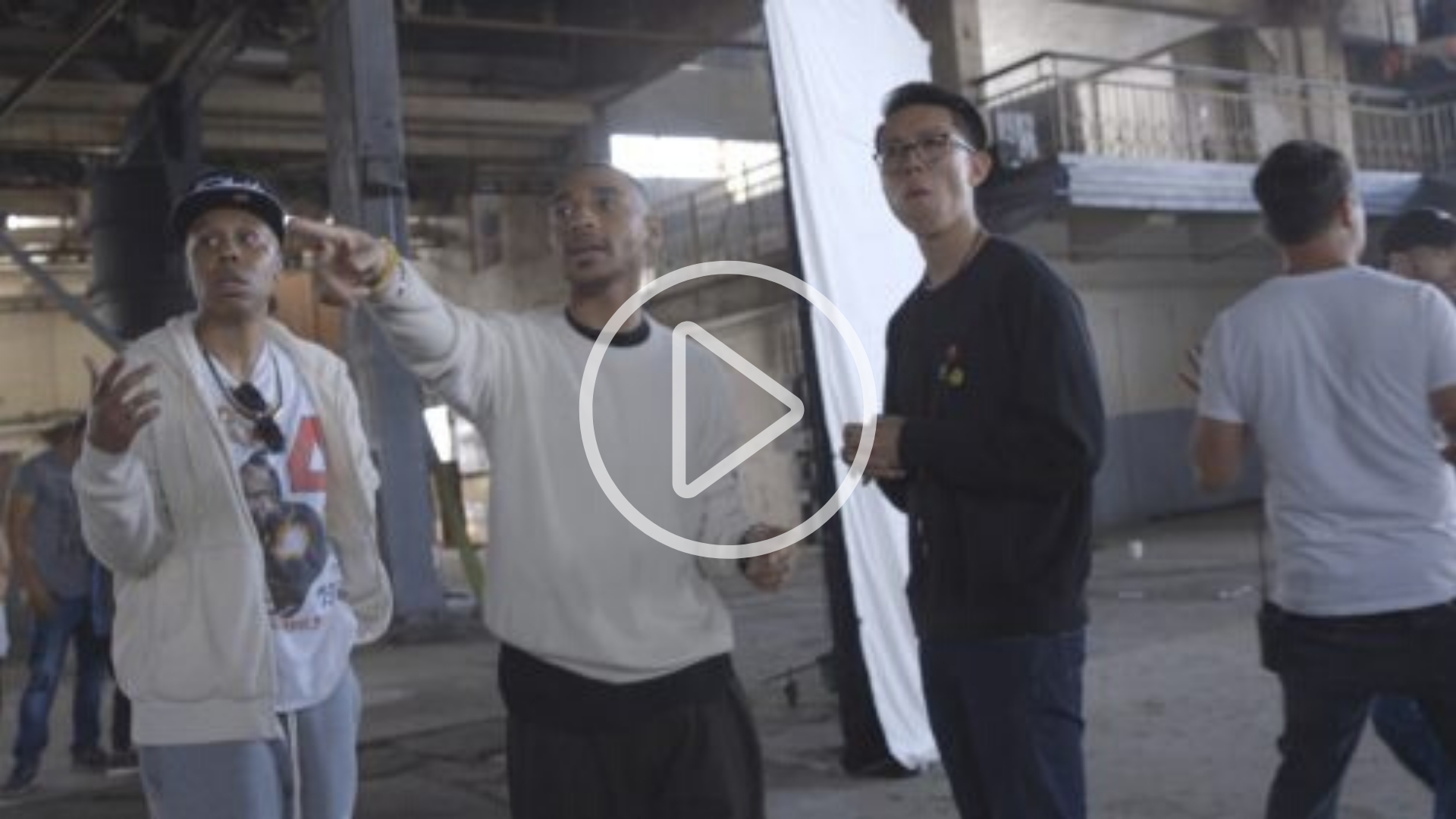 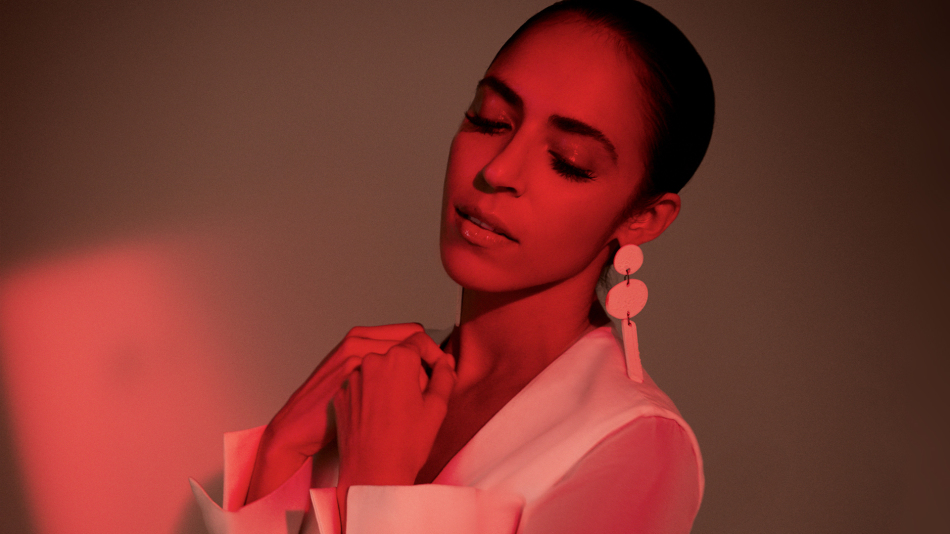 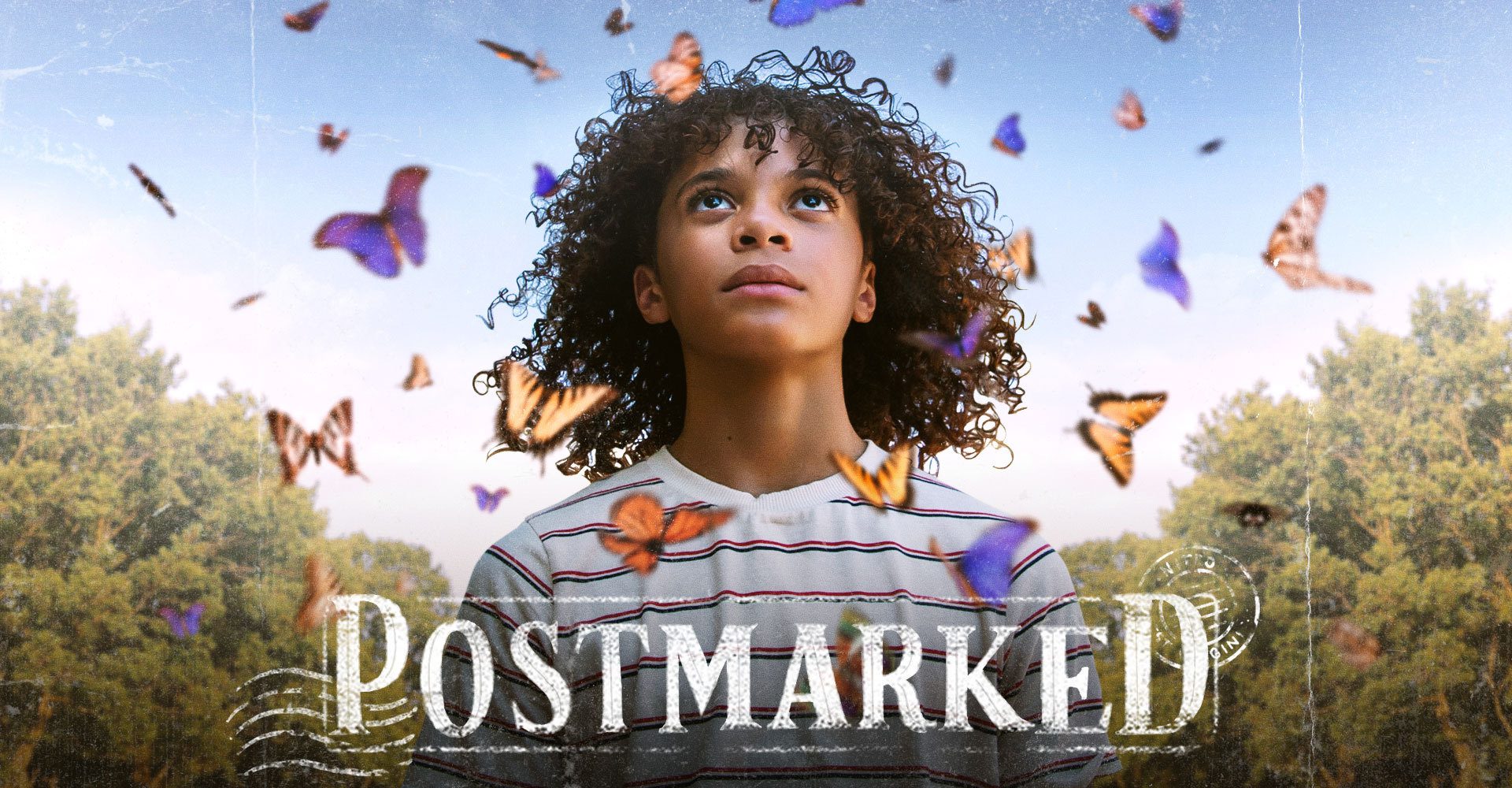 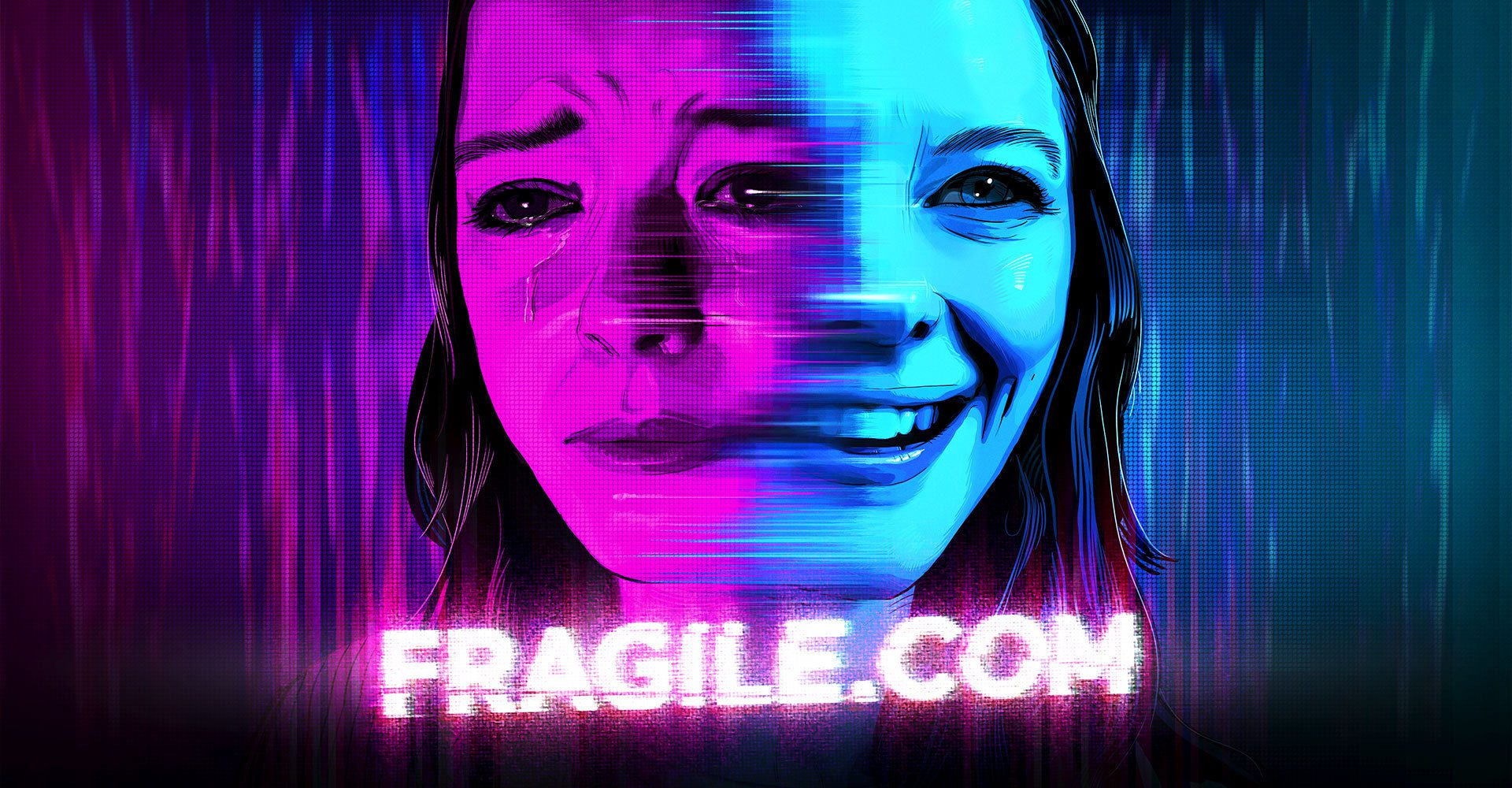 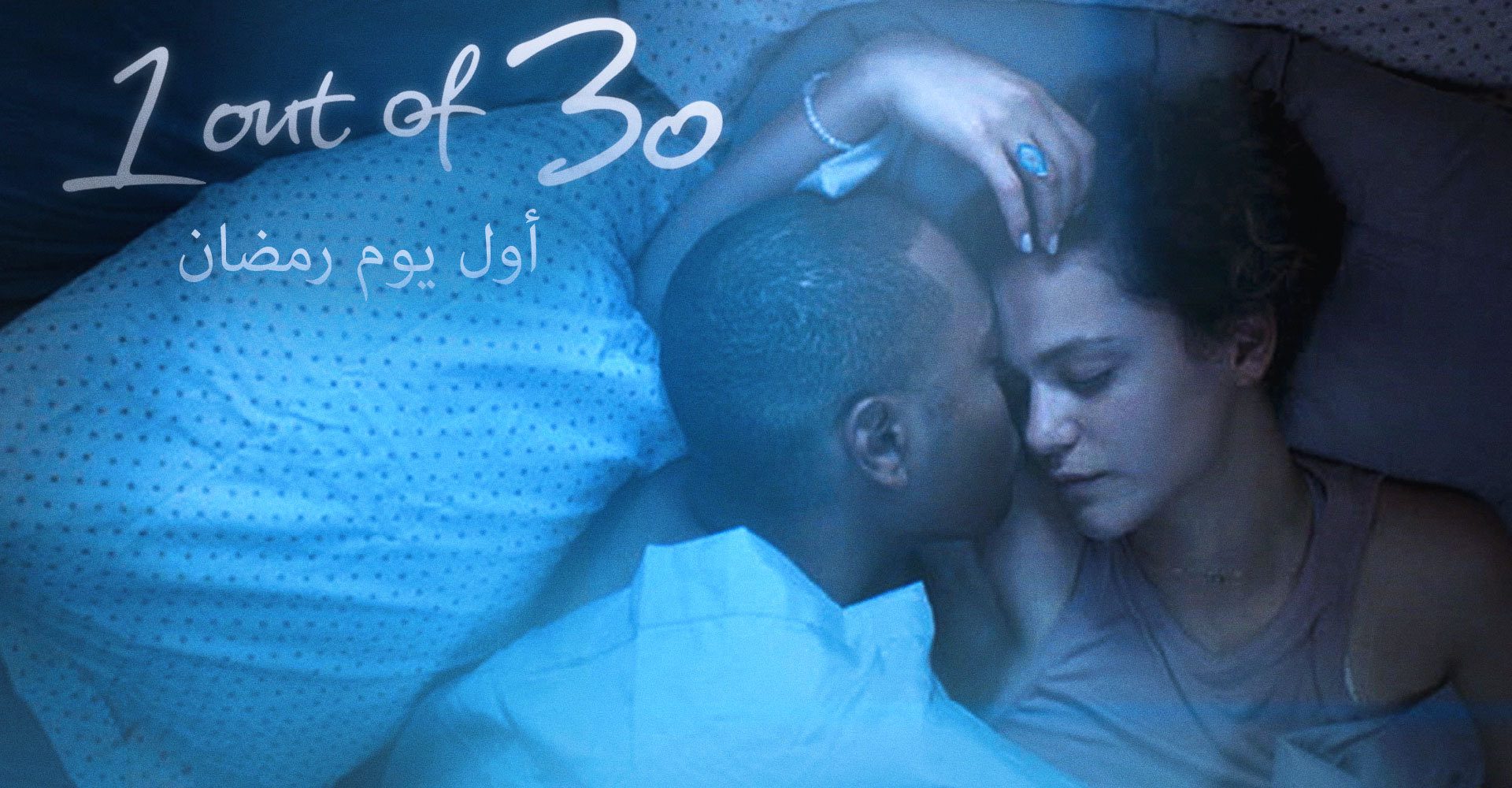 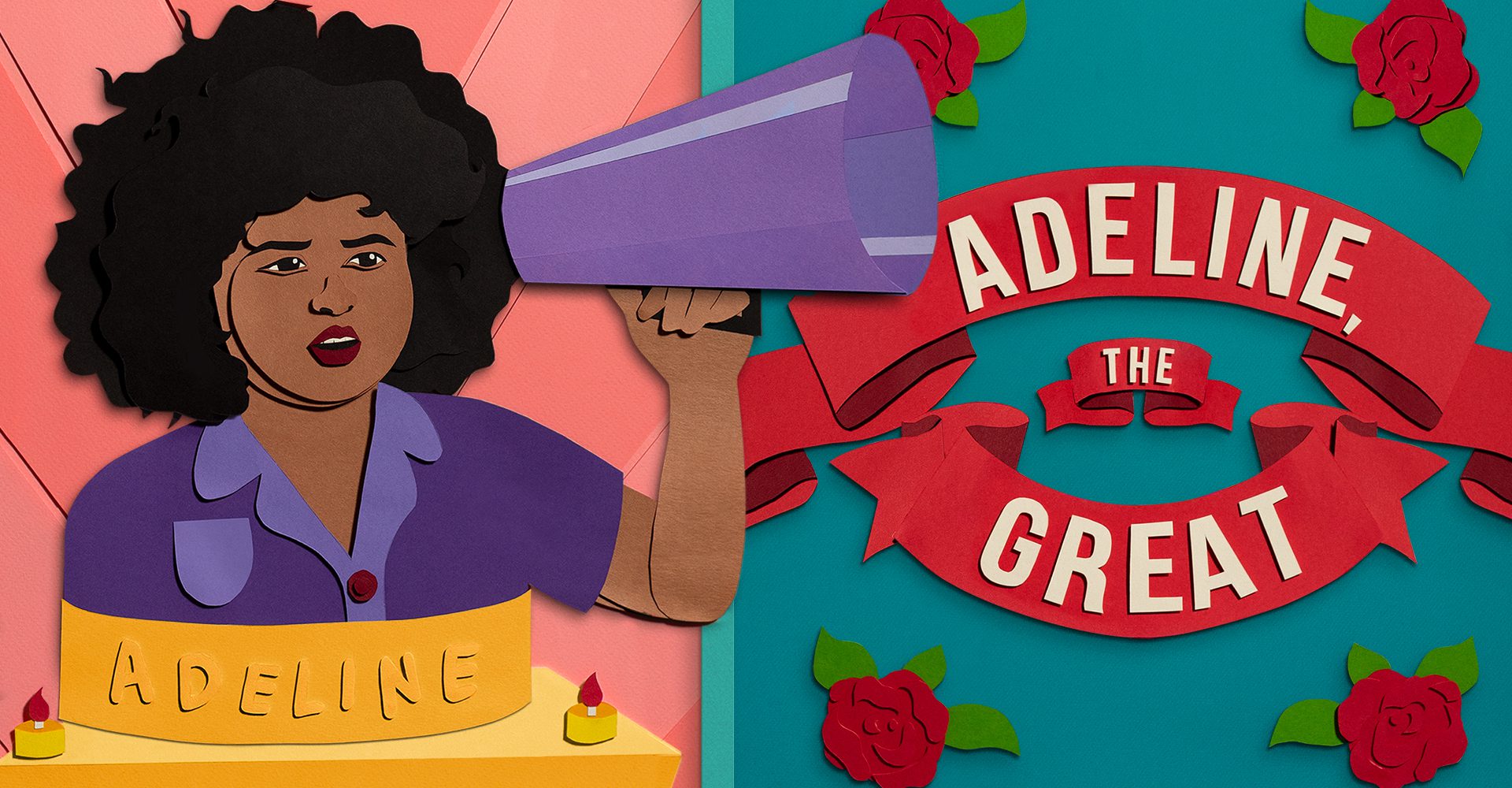 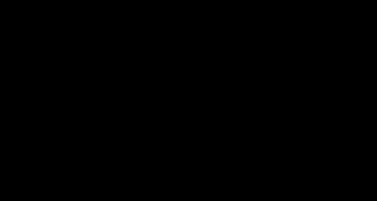 THE ARTISTS AND FILM MAKERS

Andy Allo is currently shooting the Amazon series UPLOAD opposite Robbie Amell for writer and director Greg Daniels. She also recently wrapped shooting the Lionsgate feature #TWOMINUTESOFFAME for director Leslie Small opposite Jay Pharoah. She was last seen in the third installment of the Universal franchise PITCH PERFECT for producer Elizabeth Banks. Andy, alongside Ruby Rose, played the rivals of original cast, including Anna Kendrick, Brittany Snow and Rebel Wilson.

Originally discovered by Prince, who produced her album SUPERCONDUCTOR, she toured the world with the legend before his passing. She is currently on tour promoting her newly released EP ONE STEP CLOSER. She recently released her ANGELS MAKE LOVE music video, produced by Lena Waithe.

Born in Cleveland, Ohio but currently residing in Los Angeles, Durand Bernarr is the sound of a car accident involving Rick James and Erykah Badu witnessed by Little Richard.
The results of two eclectic musicians as parents with a background in theater/acting, skating, dancing, production and composition, Durand considers himself a “performance artist” and not just a “singer/songwriter”.

“You never know what the moment could require so it’s always good to have more than one trick up your sleeve.”
‍
Over the past 14 years, Durand Bernarr has made his way through YouTube with covers and original content raking in over 10mil views, production for Earth Wind and Fire, collaborated with the Internet, Anderson .Paak, Teedra Moses and provided background vocals for Erykah Badu as well as made his solo debut on BET’s “The Next Big Thing.”
Soon and very soon, Durand will no longer be the industry’s best kept secret.

CHIKA is a self-made star who turned down going to Berklee College of Music to focus on honing her craft. Now just a few short years later at 22 years old, she’s on the top of her game and using her powerful voice as a much needed call to action for the marginalized and disenfranchised. With an instinct for creating impactful viral moments in the music, film / television, fashion, brand and social media space, CHIKA's ethos and persona have resonated with fans and peers so deeply that she's already a Gen Z icon with just a few songs out in the world.
In less than a year, the Alabama-born, LA-residing, rapper / singer / songwriter / poet has gained critical darling status, calling out her foes with fierce battle hymns that put her on the map as one of the toughest new rappers out - even singled out by Cardi B as one of the brightest young stars in the game. In early 2019, after starring in an unprecedented Calvin Klein campaign, she dropped her first single "No Squares". CHIKA went on to perform it on Jimmy Kimmel Live!, hand-selected by guest host Lena Waithe who was an early supporter. CHIKA again collaborated with Waithe and director SH00TER for the official video for her most recent single, "High Rises", filmed with a cast of young students in both CHIKA and SH00TER's home state of Alabama. CHIKA is signed to Warner Records and will release her debut EP later this year. If early praise from press is any indication, with the likes of Billboard, TIME, Newsweek, i-D, V MAGAZINE, them., CR Fashion Book, Teen Vogue, and many more showing love for this young superstar and modern American role model, the best is truly yet to come!

It’s impossible not to become infatuated with Gavin Turek. Performing always came natural: she grew up with a father who played piano and tagging alongside her mother, who toured coffeeshops singing gospel. Growing up in Los Angeles, Gavin obsessively studied two things: music (the likes of Prince, Lauryn Hill, Diana Ross, Stevie Wonder) and all forms of dance. Originally aspiring to be a professional dancer, Gavin spent years training and traveling abroad, before eventually returning to singing and songwriting as her main medium of expression; but dance is naturally a vital component for her live show, where even the most apathetic concert goer leaves her shows revitalized and inspired.
Two special artists in particular became champions early on for Gavin. Brainfeeder genius TOKiMONSTA has been a longtime friend and collaborator. Early on in both their careers, she asked Gavin to contribute vocals to her productions, which lead to the fan favorite track “Darkest Dim" and a mini-album, "You're Invited." Mayer Hawthorne was next, not only inviting Gavin to open his sold out tours but recruiting her as the female counterpart in his retro funk act, Tuxedo with producer Jake Uno.
In 2017, Gavin released her first solo EP “Good Look for You” via her own label Madame Gold Records. The EP garnered attention and praise from Stereogum, Nylon, Okayplayer, NPR, KCRW, Billboard, Beats 1 and many more. All of which highlighted her songwriting chops and simultaneously retro, yet modern take on pop and R&B.

Reigning from Mobile, Alabama, Cierra ‘SHOOTER’ Glaudé is a southern belle whose heart & hustle has landed her on crews of features & TV shows including SELMA, Girls Trip, A Wrinkle in Time, Queen Sugar, and Twenties. She made her directorial-debut at Urbanworld in 2017 with her short 'Last Looks' starring Rutina Wesley (Queen Sugar, True Blood) which is featured on Issa Rae's Youtube Channel as apart of the #ShortFilmSunday lineup. Like the black women writers, directors, & showrunners she has been blessed to work with, Cierra aims to build cinematic worlds where POC, women, and the LGBTQ community can see themselves represented without due cause.

Jasmine Johnson has a BFA from NYU and a law degree from Georgetown. She interned at Saturday Night Live and at the ACLU. She has taken classeTIFFANY recently directed episodes of ‘Dear White People’ (Netflix, Season 3) and ‘Boomerang’ (BET, Season 1), and a block of Lena Waithe’s comedy series ‘Twenties’ (BET, Season 1).
Hailing straight out of Compton, Tiffany Johnson is a filmmaker and storyteller.
Since graduating from film school, she has worked for several TV and film production companies such as Overbrook Entertainment and Film Independent, and she has assisted Academy Award®-winning producer Peggy Rajski and Emmy Award winning writer Lena Waithe.
In 2014, she directed her first short film, LADYLIKE. A collaboration with creative partner Nicholas P. Williams, LADYLIKE screened at multiple festivals including the San Francisco Black Film Festival, the Lower East Side Film Festival and the Diversity in Cannes showcase, where she won the “Director's Choice Award”. LADYLIKE currently streams on Issa Rae's YouTube channel. Johnson graduated from the American Film Institute's Directing Workshop for Women program, where she directed her second short film, MARABOU, a stylized film noir character piece about a drag queen who reflects on her legacy during one last interview, leading up to her greatest confession of all.
Johnson continues to develop her own projects, including LADYLIKE as well as MARABOU. She wrapped filming on a short film for Refinery29's Shatterbox program.s at UCB and represented juveniles in court. Jasmine and her student loans currently live in Los Angeles, working in law firms by day while devoting nights and weekends to writing.

Sean Frank is a London raised, LA based filmmaker. His interests are rooted in real, relatable environments, situations and subcultures that combine cinematic compositions with inspirational stories. A graduate of Goldsmiths & Central St Martins, Frank’s films have been nominated and screened internationally. Some of Frank’s work to date include short film Further Away, Visual E.P 'Every Kind of Way' for Grammy award winning artist H.E.R, documentary; Mas Fuerte, Nowness short; Crazy legs, and most recently an episode of Lena Waithe's TV show Boomerang.

Jing is a bilingual, Chinese-American writer/director working extensively in China and the US. As an immigrant child, Jing spent many hours in the library, playing catch up on his English skills. It’s there that he discovered his passion for stories, voraciously devouring every detective and mystery book he could find. This passion eventually led him to filmmaking, where Jing combines his multicultural sensibility with raw, emotional visuals.
A graduate of USC’s School of Cinematic Arts, Jing began his career as a commercial director shooting campaigns for global brands such as Levi’s, Johnnie Walker, Honda and McDonalds. His work has drawn acclaim from ad publications such as SHOTS, SHOOTonline and Adweek. Most notably, Text History of Jane, a PSA he wrote and directed, received awards at Cannes Lions, D&AD, ADDY awards, Creativity International and the AICP Show.
Building on his commercial experience, Jing has recently jumped head first into his life-long dream of becoming a long-form narrative writer/director. His shorts Toenail and A Conversation have played at numerous festivals worldwide, garnering acclaim and awards such as HBO Visionaries, Armed With a Camera Fellowship and the Sloan Foundation Grant. At the same time, Jing was staff writer on the inaugural season of the BET show Boomerang, executive produced by Lena Waithe and Halle Berry while also nurturing his own feature and TV projects. Most recently, he sold Salvage, a 30 minute dramedy to HBO, where it is currently in development.

Malakai is founder of the non-profit, Made In Her Image, which educates girls and young women of color within media and technology. They’ve collaborated with the likes of giants such as Disney, Paramount, Universal, and the Sundance Institute. By providing opportunities of exposure, the girls emerge from the program curating their own films, scripts & content and more. Malakai directed the documentary Black Girls Code that has showcased at the Cannes Film Festival Short Film Corner and tech spaces such as Google and Facebook. Additional achievements include being a 2016 Horizon Award winner at the Sundance Film Festival, a Contemporary Forum Artist through the Phoenix Art Museum grant, and a recipient of the Adrienne Shelly Foundation grant. Her most recent short film, Souls, will have its premiere at the American Black Film Festival in 2019. Malakai is a graduate of SCC Film School and holds a BA in Communications from Grand Canyon University.

Inexhaustibly curious and a native New Yorker, it is only natural Angela started her film career when she was discovered as an actor in Rome, Italy. Since her start, she has collaborated with dozens of filmmakers from international backgrounds as both an actor and producer. As a writer, Angela has always sought to explore and expand topics surrounding diversity, cultural identity, inclusion, and the female experience. She is a contributing writer for activist Eileen Kelly's blog Killerandasweetthang and her stories have been featured in Lulu Yao Gioiello's Far Near, a curated cross-cultural book series broadening perspectives of Asia. Her screenwriting has garnered multiple festival accolades (Screencraft Film Fund Shortlist 2018) and she is currently developing several projects, including a radio play on the Asian American lens with comedian Brian Park (CollegeHumor), and a pilot, The Labors of Lulu, with Camrus Johnson (the Sun is also a Star, Batwoman) and Evan Shapiro (former Sundance TV, IFC and NBC executive).